I use those helping hands tool for messing with electronics and other small projects.

I love Lidl sometimes. This was another gold find. A few months ago, I saw on their web site that they had them, so I got two of them. 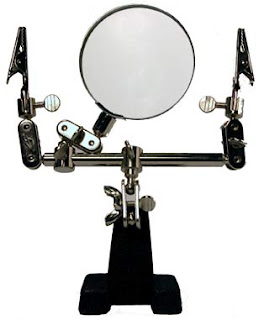 These are the boxed fellas. 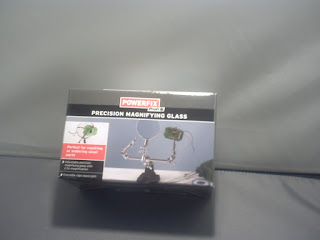 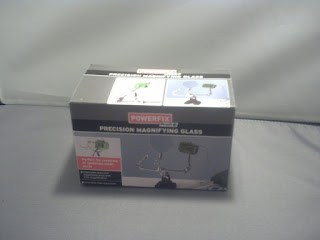 I often found that there were not enough clips to assist me with my very important work.

I thought, I should buy another.

I saw the advert for Lidl, and got two at a great price.

After swapping some of the bits around I was able to build some mutated tools, which gave me more then I needed. 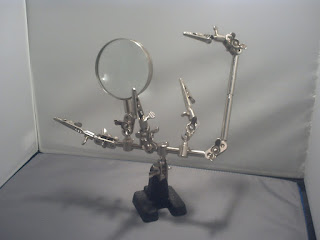 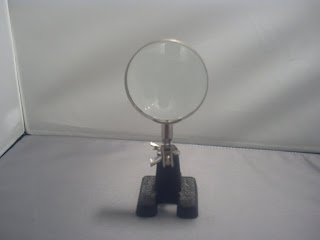 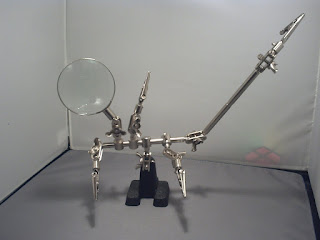 I woke up on Wednesday to find that the boiler had not turned on.

I have an iPaq that I use from the scratcher to control things around the house. I cranked it up and nothing. I then arose and checked out the house server called 'Multipass'. The name is based on a scene from 'The Fifth Element'.

It was dead. Switched it on and a few minutes later it powered down again. I powered it on a few times and the same result. Dead.

I had always suspected that it would fail. The PSU was not really up to the job. It was 300W and there were a few disks and a fairly beefy motherboard installed. Not a big server but a well used one.

I toddled off to work, as you do.

On the way home, I called into PC World and had a look.

For fecks sake. PSUs about 50 to 150 euros. There was no one around to help me with my problem.

I thought... Maybe get a new case with PSU included. None of their cases has PSU included. Cases from 50 to more then 200. Feck again, I said.

I was almost home, when I remembered that there was a computer shop on the Johnstown Road, called A1 Computers.

I did a quick U-turn and headed there. They had a case with PSU for 50 euros. Had a quick look and bought it. Shiny black. Cool

I spent most of the rest of the evening moving the old stuff to the new case. The new case was about 5cm smaller front to back then the original case.

This proved to be a bit of a challenge but I got everything fitted in. The main issue I had, was that the screw holes for the drives did not line up. I fitted the drives using gravity as the securing system. Not great but the server is out if the way and will never move while it is on.

I cranked it up and after a few issues, everything started fine.

It is amazing how much one begins to rely on a hose server.

My one has the following config:

1-Wire - Controlling temperature measurement inside and out (shankillweather.com). It is also used for the heating boiler controller.

Things you take for granted are not there when the system failed.

Anyway, all back and available. Cool.
Posted by The G Man at 6:47 PM No comments:

It seems I have bought a Sheeva PlugComputer. Not really sure what I will use it for.

Linux = anything
Posted by The G Man at 9:47 PM No comments: