I recently signed up for a PogoPlug Family Backup Offer . It cost €24 in total.

The best thing is that you get a free PogoPlug Pro.

Being a big embedded Linux fan, I was eager to find out if this was one of the hackable devices. It was a cheap price to pay, to find out if it was useful.

It arrived on Friday. The first thing I dis was to crack it open. That was even before I powered it up. I am that sort of guy. 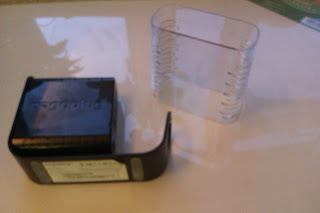 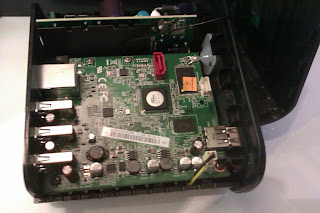 I wanted the smallest USB drive I could get. I went to Power City and got an 8GB drive by someone or other. Picture here: 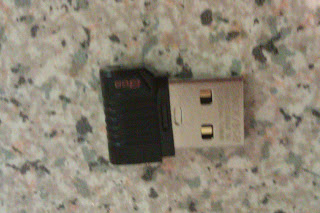 So, I horsed over to http://archlinuxarm.org/platforms/armv6/pogoplug-provideov3 and followed the recipe to install Arch Linux on the device. It worked like a charm.

It has some wireless card and a SATA port and of course a Gigibit Ethernet port. Ultra cool to build some sort of data/file server or anything really.

I think I will investigate the possibility of connecting an SATA drive to it and use for centralized MyDocuments and Photographs.

Only the Windows client can take advantage of independent storage on the PogoPlug cloud. I may incorporate that into a general offloading plan. We will see.

The best thing is 'Cheap PlugComputer' and benefits that could be used.