I got a SheevaPlug Plug Computer over a year ago. I installed Fedora 12 on an SD card. Worked great.

I used it as part of my home automation set-up. I had 1-wire temperature and humidity sensors and a barometer running off it. I also had my Homeeasy 1-Wire remote control system running on it. 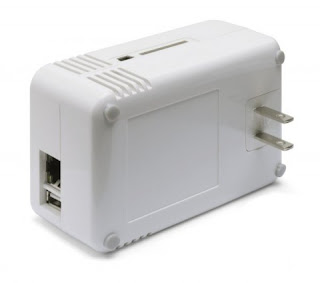 I powered it down in the correct manner and moved it. Plugged it back in and it did not come back on. Stuck an USB console on it and it was dead.

There was some furious work to port the 1-Wire scripts and functionality to another device. In this event, it was a Linksys NSLU2 which I had configured with OpenWRT a week earlier. Surprisingly, it was well capable of the job. It became my new 1-Wire controller.

I searched the forums and they were talking about the boot loader being corrupt. I followed that line of enquiry for a while and got nowhere. Still dead. All that would happen was there was flashing leds. No help.

I eventually found some talk about a dud power supply. I cracked the lid on it and tried my trusty multimeter. The result was that there was only 2.1 volts coming out of the power supply instead on 5 volts. Progress at last.

The SD card was inadvertently pulled out of the plugcomputer while it was on and resulted in a crashed SD card. Feck again.

It was actually relatively easy to reinstall the Fedora 12 file system using the original Instructables article. Note to self, do a backup of the SD card this time.

I found some articles on repairing the original power supply but I decided not to go down that route. 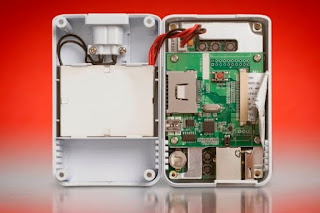 I found that there was a UK supplier http://www.newit.co.uk/ that had the power supply at a much more acceptable price around €20. Cool. I went about ordering it.

It arrived a few days later. The install was a breeze. Finished the set-up of SD install and off we went.