My Raspberry PI arrived a few weeks ago.

I tried both the Debian and Arch Linux boot images.

I don't have a convenient HDMI TV to play with, so I settled on the Arch version.

It suites me better, as I really wanted to use it as another Plug Computer, to do something with.

What to do with it? I am not sure yet. There will probably be something Home Automation related.

I am a big fan of the 1-Wire technology, for temperature sensors and control, so I compiled the latest version of OWFS on it. It worked fine with the USB 1-Wire controller.

The RPi has an I2C interface, so I decided to get my hands on a couple of  DS2482-100s and DS2482-800s. These are I2C to 1-Wire controllers. After a bit of messing about, I was able to address the conrolllers using OWFS.

I was looking for a suitable plastic case fir the new toy. There are quite a few about and rather pricy for what they are. I liked the one on SKPANG. Including postage and VAT, it would come in at about €20.  As my friend Ber would say 'Balzac' to that.

I was able to get a small sheet of perspex. Using youtube, I was able to determine that the 'score and snap' method was the best and cleanest way to get the pieces I wanted.

I made a few attempts. Two sheets of perspex and some No4 screws and nuts. I got some plastic washers to hold the board. It was just the job. 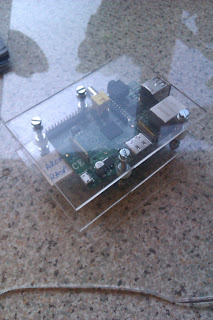 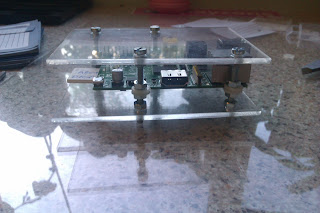 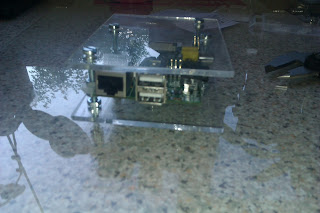 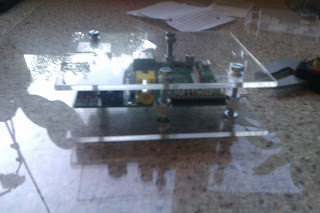 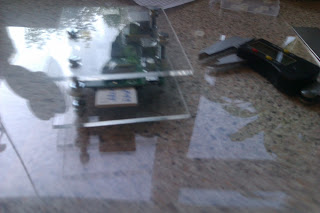 Attempt 2. In the presious version, I had put the screws too close to the IO header. 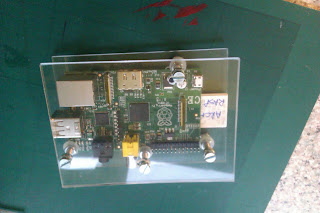 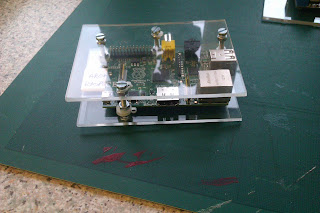 I also decided to make a breadboard version of it, to add breadboards and a USB hub.

I found that 3 screws would hold the RPi quite tightly and was easier to position the top piece. 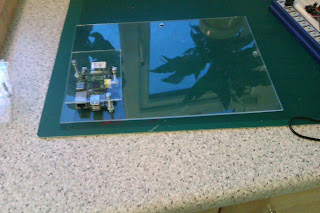 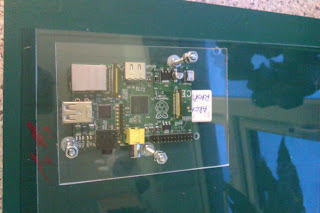 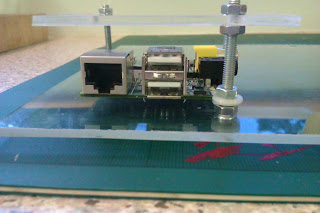 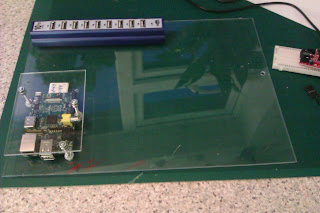 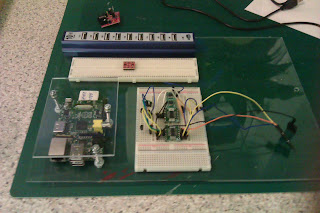 A Nanode and Xino Basic Arduinos for completeness. 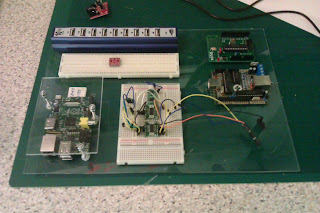 I plan to use the slim breadboard for connections from the RPi headers and the larger one for the various components.

I sized the main plate, based on a plastic box with cover I have. Everything fits in and can be safely stored between project activity.

The next investigation will involve the Ciseco Slice of PI and the XRF radio module.